Because Tanner has so many fans, canine and human, we wanted you to know that he was recently diagnosed with a mast cell tumor that had to be removed. He had surgery today with Dr. Dean Graulich, from Malibu Coast Animal Hospital, who said he’s doing great. He’ll be home later this evening and then the big challenge will be to keep him calm enough to let the wound heal. That’s where Eugenie comes in. She’s a sweet dog mom but I can count on her to make our ferocious beast tow the line. She does that all the time with me.

With Chanukah and Christmas bearing down on us, I thought I’d mention some amazing animal charities that deserve a helping hand, if you’re in the giving mood. Among the hundreds of caring organizations committed to helping dogs, cats and other creatures, these are some of Tanner’s favorites:  Karma Rescue, Downtown Dog Rescue, Linda Blair’s Worldheart Foundation, Canine Adoption Rescue League (C.A.R.L.), No Kill L.A./Best Friends, and  Healthcare for Homeless Animals , formerly Malibu Pet Companions, the folks who give pro bono vet care to the animals at the L.A. County Agoura Hills Shelter, Tanner’s home before he came to live with us. Write a check, donate food, buy a gift from their stores, volunteer, whatever you do, they’ll thank you and you’ll be glad you did. 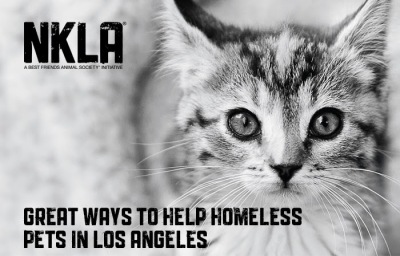 You may have noticed that books (and not just GIMME SHELTER), turn up quite frequently on this blog. That’s because pit bulls, and Tanner in particular, take great pleasure in the well-written word. Tanner asked me to tell you that our dear friend, Kathryn Galan (profiled in Malibu’s Surfside News), will be at Malibu’s Bank of Books tomorrow, Saturday, December 6, at noon, signing copies of her new Young Adult novel ON THE MOVE .  He strongly recommends that you drop in and some copies for the teens in your life, especially the skaters. Here’s what Tanner had to say about this epic skate odyssey: Right from the get-go I was caught up in this fast-paced story of plucky SoCal skate boarders forced to use their skater skills and street smarts when war breaks out and China attacks the USA. The kids in question are a resilient bunch, a diverse, dirty half-dozen determined to be reunited with their scattered families yet taking time to enjoy the awesome skate parks and the adult-sized challenges they face along the way. While boarders will savor Flynn’s impressive knowledge of their sport and culture, the main plot of kids coping with disaster will appeal to all teens and adults. The gang encounters some gnarly post-conflict hurdles but nothing too scary or depressing for even younger readers. Much YA fare targets the feelings and drama of those emotional teen years. While ON THE MOVE takes us inside the lives of the young heroes and heroines – yes, there are girls in the crew! – it also serves up weightier themes and subjects in an accessible, entertaining style. When I finished the book I had two regrets: that I don’t skate, and that the sequel isn’t out yet. 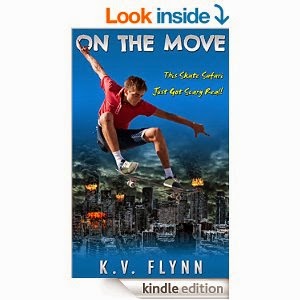