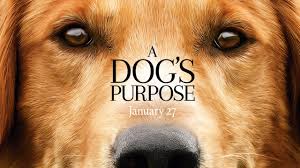 The screen adaptation of W. Bruce Cameron‘s hugely successful novel, A Dog’s Purpose, will hit theaters on January 27. Starring Dennis Quaid, it reframes the basic existential question in canine terms. Even if you haven’t read the book, it’s not hard to guess the simple answer: love. As any self-respecting canine can attest, we dogs live to give and get it. That said, there’s a second issue to consider: What is a dog’s worth? For some pet guardians like my mom and dad, there’s no amount of cash that would cause them to sever our amazing bond. While the emotional value of loving a dog is hard if not impossible to calculate, the financial costs of sharing your home with 4-legged friends can come as a jolt to first-time dog guardians. According to a recent story by Cheryl Stritzel McCarthy in the Chicago Tribune, the annual tab can run from $695 (ASPCA)  to $1,640 (American Pet Products Association), a figure that includes food, shelter and basic medical expenses. If your dog suffers an accident, a severe illness, or develops a chronic condition, that amount could be higher. Much, much higher. Add to that the time and energy a pet requires and you soon realize that having a dog is a serious responsibility. So, if you are thinking about getting a dog, consider everything that comes with it. If you’re still sold, take the plunge but choose wisely, opting for one that fits your budget, energy, and lifestyle.

Whether you choose a four-figure pedigree pooch or a $50 shelter adoptee, you’ll have to do you part to keep your new baby safe. That includes keeping your dog properly secured at all times. For house dwellers, that means installing tall, dog-proof fencing or a dog run with appropriate shelter from the heat and cold, and keeping your dog leashed when out in public. Failing to do so can have tragic results. In late December, The Los Angeles Times reported an incident in Riverside County in which a pit bull running loose attacked an killed a neighbor’s small dog. The owner of the slain dog then stabbed and killed the pit bull, prompting criminal charges. The article noted that both dogs had previously been cited for running loose. While the Times is to be praised for urging dog owners to secure their pets, quotes from Riverside County Animal Services Public Relations Director Thomas Welsh gave a misleading impression about pit bulls. In the article  Welsh claimed that pit bulls have a strong predator instinct. “They’re going to go after smaller dogs. That’s what they do.”  While some pit bulls might display a strong prey drive, to tar the entire breed with that simplistic brush is patently unfair and untrue. It smacks of the canard, advanced by advocates of Breed Specific Legislation, that some breeds are “inherently dangerous”, a position with no scientific basis repudiated by veterinarians, animals behaviorists, and President Obama. As for pit bulls chasing small dogs on sight, in the 9 years since I left the Agoura Shelter, I’ve been attacked numerous times by small dogs wandering off-leash. Whenever it happens, I’m always taken aback. My first reaction is to wonder what I did to get them so upset with me. It’s scary and the nips are painful but never once have I tried to retaliate. While dog moms and dads have a responsibility to keep us under control, regardless of size, newspapers like the Times have a duty to filter fact from pit bull fiction.

Since we’re on the subject of pit bulls, bad raps, and the LA Times, they recently ran another story analyzing just how pit bulls went from being beloved nanny dogs (a claim the story questions) to feared killers. The article cites Nicholas Dodman, director of the animal behavior clinic at Tuft’s University school of veterinary medicine and the author of “Dogs Behaving Badly”, who admits that pit bulls are no more likely to bite people than other breeds. But when they do, their power and biting style make injuries more likely. While pit bulls are the most recent breed to be demonized (following bloodhounds, German shepherds and Rottweilers) pit bull advocate Troy Smith suggests that the Belgian Malinois, favored in police and military service, may supplant the pit bull as the next ‘most dangerous’ breed.